ERASE YOUR RECORD! SERVING ALL 67 COUNTIES
Do You Qualify? 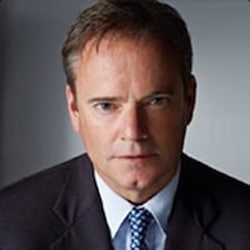 It can be challenging to move forward from an arrest and criminal charges. These matters are part of the public record. A landlord conducting a criminal background check may see your record and deny you a place to live. A prospective employer may choose another employee without a criminal history over you, even if you are more qualified. A school may deny you entrance because you have a criminal record. However, some criminal records can be expunged or sealed. In Florida, there are several ways to expunge or seal a criminal record. The knowledgeable attorneys at Hanlon Law have handled thousands of expungement and sealing matters. We represent people throughout Florida who are looking for a fresh start.

Court-ordered expungement offers many benefits. Criminal records are destroyed, except for one confidential copy kept by the Florida Department of Law Enforcement (FDLE). You can lawfully deny or not acknowledge any arrest or conviction that has been expunged. You can keep any professional certificate or license that you hold, and you can lawfully state on a job application that you have not been convicted of a crime. Additionally, expungement can have a favorable effect on your credit rating.

Before we can seek an expungement, our Florida expungement attorneys will need to apply for a certificate of eligibility. The application will need to include a non-refundable processing fee, a written certified statement, a legible set of fingerprints taken by a law enforcement agency, and a certified copy of the disposition of the charge. The FDLE will make a determination about whether you are statutorily eligible to petition the court to have your criminal history expunged under Florida Statutes section 943.0585 and Rule 11C-7.006.

You will be eligible to petition the court to expunge your criminal history record if you were not charged through an information, indictment, or another charging document regarding the case giving rise to the record, if no charging document was filed or issued in the case, if the charging document was dismissed by the statewide prosecutor or state attorney, if the court dismissed the charge, if the judge rendered a judgment of acquittal, or if the judge or jury rendered a verdict of not guilty. Certain records are ineligible for court-ordered expungement under section 943.0584. Our expungement lawyers can advise Florida residents on whether they are likely to be eligible.

Record sealing does not result in the destruction of your records. Instead, if you are granted this relief, your records will be sealed so that the public cannot gain access to them. This means that most employers will not be able to access your sealed records. However, federal, state, county, and city governmental agencies will be able to access the sealed records. You can lawfully deny an arrest or conviction that has been sealed.

Under Florida Statutes section 943.059, you can petition the court to seal a criminal history record if you have never been adjudicated guilty of a criminal offense or been adjudicated delinquent for perpetrating a felony or any of certain misdemeanor offenses, unless the record of adjudication of delinquency was expunged. These misdemeanors include assault, battery, carrying a concealed weapon, open carry, arson, exposure of sexual organs, and others. As with expungement, you will not be eligible if you have secured a prior sealing or expungement of your record.

Other Types of Expungement

There are also other types of expungement that our Florida expungement lawyers may be able to help you pursue. One of these is lawful self-defense expungement. If the appropriate statewide prosecutor or state attorney certifies that you acted in lawful self-defense, according to the legal provisions related to the justifiable use of force, you can apply for a lawful self-defense certificate under Florida Statutes section 943.0578. For another example, if you are a victim of human trafficking, you may be able to petition to expunge a criminal history record arising out of an arrest or charge for a crime perpetrated as part of the human trafficking scheme of which you were a victim. In other words, if you were a human trafficking victim who was forced to be involved in prostitution, you could seek to expunge a prostitution conviction.

There are also statutes providing for expungement for juvenile crimes. Under Florida Statutes section 943.0582, you can apply for a juvenile diversion expungement if you have completed an authorized juvenile diversion program for a misdemeanor. Under Florida Statutes section 943.0515, if you were charged as a minor, your criminal record kept by the FDLE is automatically expunged when you turn 21, or when you turn 26 if you went to a juvenile correctional facility, as long as specific conditions are satisfied. For example, you cannot have been charged with or convicted of a forcible felony as an adult.

A criminal record can haunt you far into the future. However, expungement or record sealing can result in greater opportunities and an easier life. If you are considering seeking expungement or sealing in Florida, you should discuss your circumstances with an experienced criminal attorney. At Hanlon Law, we have expunged and sealed thousands of criminal records across the state. Call us at 800.373.1974 or contact us through our online form.

You must meet certain requirements to pursue an expungement of your criminal record. We can advise you on whether you qualify, based on your personal situation.
Read More

Record sealing and expungement are terms that are often used interchangeably, but they are not the same. Expungement offers greater benefits in most cases, but some people will need to apply for record sealing instead.
Read More

Expunging or sealing your criminal record can remove barriers in your personal and professional lives. It may be easier to find a home, get a job, pursue an educational degree, and build a strong reputation in your community.
Read More

The process of pursuing an expungement requires following certain technical steps. These include getting a certificate of eligibility from the Florida Department of Law Enforcement and filing a petition in court.
Read More

View More
Client Reviews
★★★★★
I highly recommend this law firm who worked on my case. Their staff is highly professional and when ever I called to get an update on my case Kathy always took the time to explain things thoroughly. I admire their honesty and professionalism and the price for their services are reasonable. I am very grateful for their services and for getting my case resolved and I recommend this firm to anyone. Victor
View More
Submit a Law Firm Client Review
Contact Us 24/7